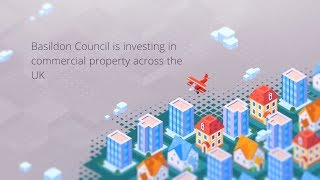 Theresa May is a lot of things, but strong and stable she is not...

Between 2010 and 2015 the country fashioned an opinion of George Osborne that he never came close to deserving.

In the eyes of the media, commentators and the public he was seen as economically credible and competent.

The facts bore out a different analysis of the now Editor of the London Evening Standard.

Osborne promised he would eradicate the deficit inside five years and barely reduced it by 50%. He promised not to raise VAT in 2010 but hiked it up the minute he got the keys to the Treasury. He said he would protect the UK’s triple A credit rating by stood by as it was downgraded and never returned. He told us that by 2020 he would get the country on course to achieve a budget surplus but saw that idea torn up inside 12 months of the Tories being re-elected. For good measure he borrowed more money in six years that the last 70 years’ worth of Labour governments added together and in between all of that he missed virtually every single growth target for our economy that he predicted he would hit.

I still scratch my head at quite how, or why, he was regarded as a successful chancellor of the exchequer.

But now something similar is afoot.

Theresa May wants us to believe that she will be, as the Tory placards tell us, a ‘strong and stable’ Prime Minister.

It is ironic given that over the last six years on the Tories watch we have seen riots on the streets of London, students protesting in their thousands at changes to tuition fees, a Scottish referendum that almost broke up the UK, an EU referendum to appease UKIP that has now crippled British politics for a decade, three general elections in seven years, the pound hitting 35 year lows, inflation rising, borrowing as a percentage of GDP at its highest levels in living memory and the four nations of the United Kingdom more divided than at any point for a century.

The only constant theme of these Conservative Governments over the last 7 years has been weakness and chaos.

Nonetheless the Tories want us to forget all that and focus on Theresa versus Jeremy. But even if we do, Theresa May’s credibility takes a bashing.

You see it’s difficult to conclude that she is anything other than out of her depth. As Home Secretary she let in more EU immigrants in six years that the previous Labour Government allowed entry in 13. In towns and cities across the UK you’re now more likely to see a block of flats in the place where a police station once stood because on her watch she closed hundreds of them. Serious violent crime and anti-social behaviour rose rapidly over the last 6 years as she sacked more than 16,000 police officers and wasted hundreds of millions of pounds on the imposition of Police and Crime Commissioners.

Since she became Prime Minister she has tried to take on the High Court and the Supreme Court in a bid to put through the Brexit deal without a vote in parliament but was beaten handsomely on just about every matter of law in the land.

She has said next to nothing about the growing threat of a North Korean nuclear arsenal and hasn’t made a single statement on the escalating conflict in Syria.

She wants to take us back to the 1970s with a school system reform that doesn’t work. Every thriving education system in the world proves beyond any doubt that grammar schools are relics that do not improve attainment or social mobility - a point most of her MPs know which is why they won’t vote for it in parliament.

On the sly she has decided to introduce a schools funding formula that takes roughly £400 per student away from every single school but again, her own MPs think its daft and won’t support her on it.

The social care crisis which is crippling Local Authorities in England and Wales was so unimportant to her that her Government’s first Autumn Statement forget to even mention it.

The devolved Government of Northern Ireland has all but collapsed but she hasn’t found time in her diary to get over to Belfast to sort it out. (To be fair to Cameron, Brown and Blair they left meetings in Iran to get over to Stormont whenever tensions were rising).

On the day she triggered article 50 she suggested that if the EU deal was a bad one that she would accept no deal. She went on to admit, however, that a no deal would leave the UK unsafe and without proper intelligence sharing arrangements meaning a terrorist attack could be on the cards. (ergo she won’t accept a no deal arrangement meaning she will have to accept the deal the EU give her. Mind you, it’s some going to play your hand on day 1 of the negotiations...)

Talking of terrorism, on the day of the Westminster attack it took her until 8.30pm to come out of Downing Street and tell the country what was happening. Even though we all knew six hours earlier thanks to twitter and a statement by the Metropolitan Police. (Why did they go before the Prime Minister?)

She ruled out calling a General Election ELEVEN times because she said it wasn’t right to take the country’s focus away from the most important post-war negotiation. Then she had a walkabout in Wales and changed her mind.

Now during the General Election she would be grateful if no journalist, member of the public or any opposition MP would inconvenience her by asking her questions or calling on her to go on television and talk to the 65 million people she hopes to govern. She’s apparently above all that. (It has been noted that she has a touch of the Gordon Brown about her and is consistently nervy and awkward in interviews).

In the end, whatever the opinion polls say and whatever happens on June 8th, lessons must be learnt from the Osborne fallacy. The rhetoric must match the reality and if that happens then the public will be in no doubt that Theresa May is a lot of things, but strong and stable, she most certainly isn’t.